NHK’s Myanmar project team has won the 2021 NSK(Nihon Shinbun Kyokai) Award by the The Japan Newspaper Publishers & Editors Association.
This is their latest story about citizens sending video recordings of Myanmar to Japan. Below is an English translation:

“I know it puts my  life in danger.”  Those say, as they entrust video recordings of the junta’s oppression to NHK.

Since the coup d’état on February 1, the number of victims of the military crackdown has been increasing. However, the military has tightened its control over information, and it has been difficult to disseminate information from within Myanmar. Under these circumstances, NHK has been calling for the submission of information and images since April, and we have received many videos and photos from the local people. Why did they risk their own lives to report the situation there? We took a closer look into their hearts.

Citizens Are Sending Videos in Desperation

One of the videos sent to NHK was taken by a citizen in the largest city, Yangon, on March 17. It shows multiple police officers entering a coffee shop, destroying things, and relentlessly violating young people.

In mid-March, when this video was recorded, martial law was imposed in some areas of Yangon, and the military and police routinely broke into homes and stores to detain citizens in an attempt to expose protesters. The video footage gives us a glimpse into the reality of such thorough suppression.

Mr. Myo (pseudonym), a company employee living in Yangon, sent many images of the crackdown, including this one, to NHK. Mr. Myo himself participated in protests with his friends from immediately after the coup until late February. After that, the military crackdown gradually became more violent, and his acquaintances who participated in the protests were detained, which made him feel unsafe, so he stopped participating. However, he wanted people around the world to know about the suffering of Myanmar citizens who were forced to live under the severe oppression, so he sent many images of the oppression that he had found on SNS and sent them to NHK.

“Even if you live a normal life, there is a possibility that you will be arrested. There’s even a possibility of being killed. After the coup d’etat, I can no longer live in peace. Footage like this is a precious record of what is going on in Myanmar, and we are lucky to have it. The military is trying to prevent their cruelty from being exposed. I would like people to know that there are many events like this video that could not be recorded. I want people to know that there are countless people who have been killed without their knowledge.”

In Yangon, the military and police are checking cell phones and other devices of citizens, and if the act of storing and transmitting such footage is found, they can be arrested. When I asked him why he took this risky action, Myo said that he was inspired by the younger generation. “Generation Z,” the younger generation born in the late 1990s and later, now in their late teens to mid-twenties, had been protesting against the military even as the crackdown intensified and many people died.

Mr. Myo; “As I watch the younger generation raise their voices and risk their lives, I am scared but I also had to do what I could to help. I know this puts my life in danger.”

After the coup, 80% of the business of the company where Myo works was shut down, and his salary was also cut due to the economic stagnation caused by the spread of the new coronavirus. Furthermore, his children have not been able to attend school for more than six months, and the effects of the coup have spread to every corner of society. In order to change the current situation in Myanmar, Myo says that he needs the support of the international community.

Mr. Myo; “The military does not care about the citizens at all. They don’t protect us. I don’t know what will happen to my job in the future. It makes me very sad to think that students will lose their future and the education system in Myanmar will collapse. Please don’t ignore Myanmar. There are many people in need and many people who have lost their lives. Please help us to overthrow the military regime.”

“We need to raise our voices” Continuing to appeal from Japan

One of the videos sent to NHK was about an incident whose details were shrouded in mystery.

On April 9, news media reported that more than 80 civilians were killed by the military in the central city of Bago, but the identity of the victims and the overall picture of the crackdown was not clear. The video footage we received is a valuable clue to what happened in Bago.

The video was sent by Ms. Chi, living in Japan. She learned about the incident from a video sent to her by a friend from Bago. She recalls the time she received the video;

“I have never experienced such an incident, but I was so sad and frustrated. I was crying all the time. The citizens didn’t do anything wrong, so why are they being killed?”

Why did she send the video to NHK? Ms. Chi says that she wanted to let people in Japan know about the current situation in Myanmar.

Ms. Chi; “The military claims they are right, but it’s all wrong. I want to more people in Japan to understand what is happening in Myanmar.”

Since the coup, Ms. Chi has been actively participating in protest rallies held in Japan and raising her voice. It was out of a strong sense of mission that she felt that unless she herself in Japan took action, there would be no future for her country.

Ms. Chi; “If I made such a big statement in Myanmar, I would probably be in jail. I don’t think I can stay outside. If we don’t raise our voices, what is happening in Myanmar will end up only in Myanmar. Even if they are killed, no one will know about it and everyone will die. I am doing what I can in Japan because I believe that when the military makes false announcements, the only people who can prove whether it is a lie or the truth are the people overseas.”

Ms. Chi is currently supporting the citizens of her home country, who continue to resist, by raising money on weekends with her friends from Myanmar and by selling T-shirts printed with pro-democracy slogans. Ms. Chi, who continues to provide support from Japan, wishes that Myanmar will become a free and peaceful country like Japan.

“If you are free, you must work hard to give freedom to those who are not free.” These are the words of Aung San Suu Kyi, who is being held by the military for carrying out a coup d’etat.

Ms. Chi; “It was only when I came to Japan that I came to understand how true these words are. Japan is a free country, and I can act and speak freely here. What Myanmar people in Japan and Myanmar people in Myanmar can do is a little different, but the goal is the same for everyone. I want to eliminate the military regime from Myanmar.” 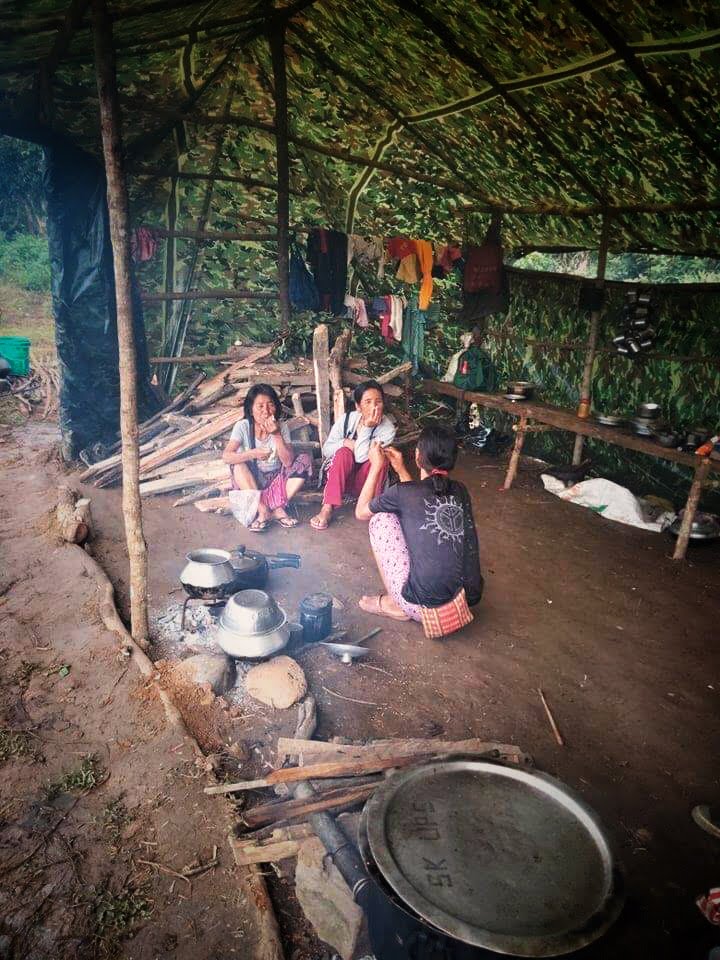 Satawm is a small village of about 60 households located in the borderline of Myanmar and India.  On 17 September 2021, there was a shooting 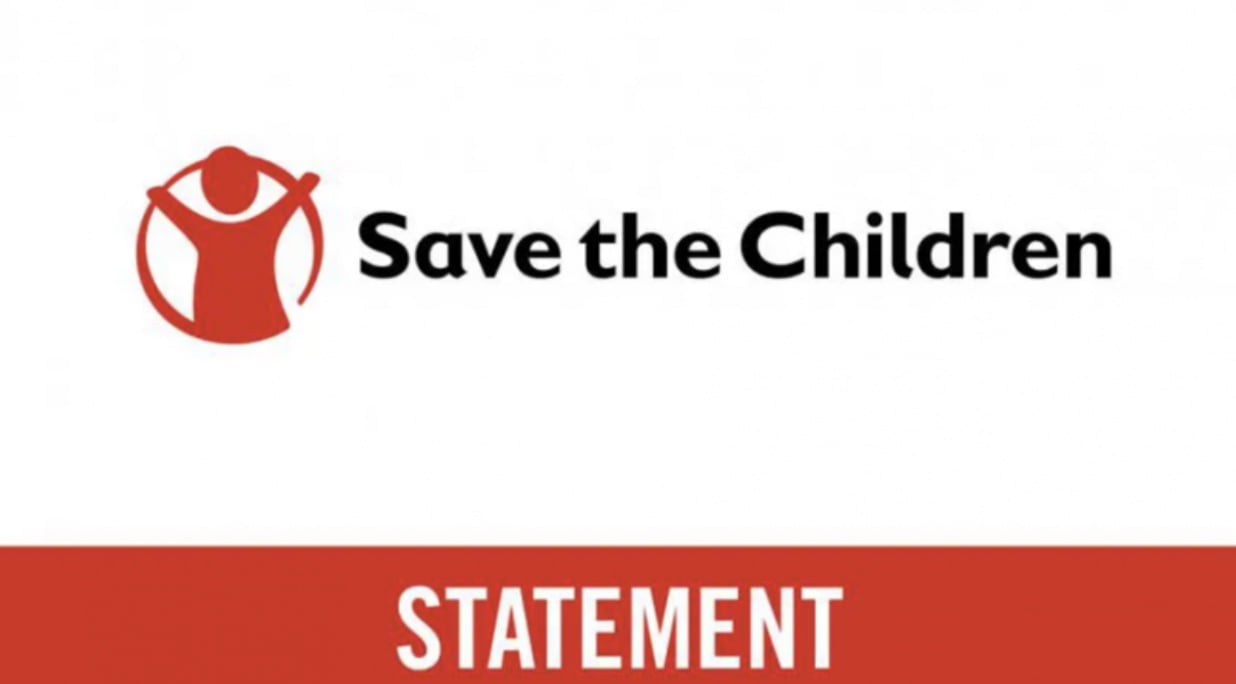 Sadly, there was a brutal attack by the Myanmar military on Christmas day, Dec 25, 2021. Global NGO Save the Children has announced this statement. 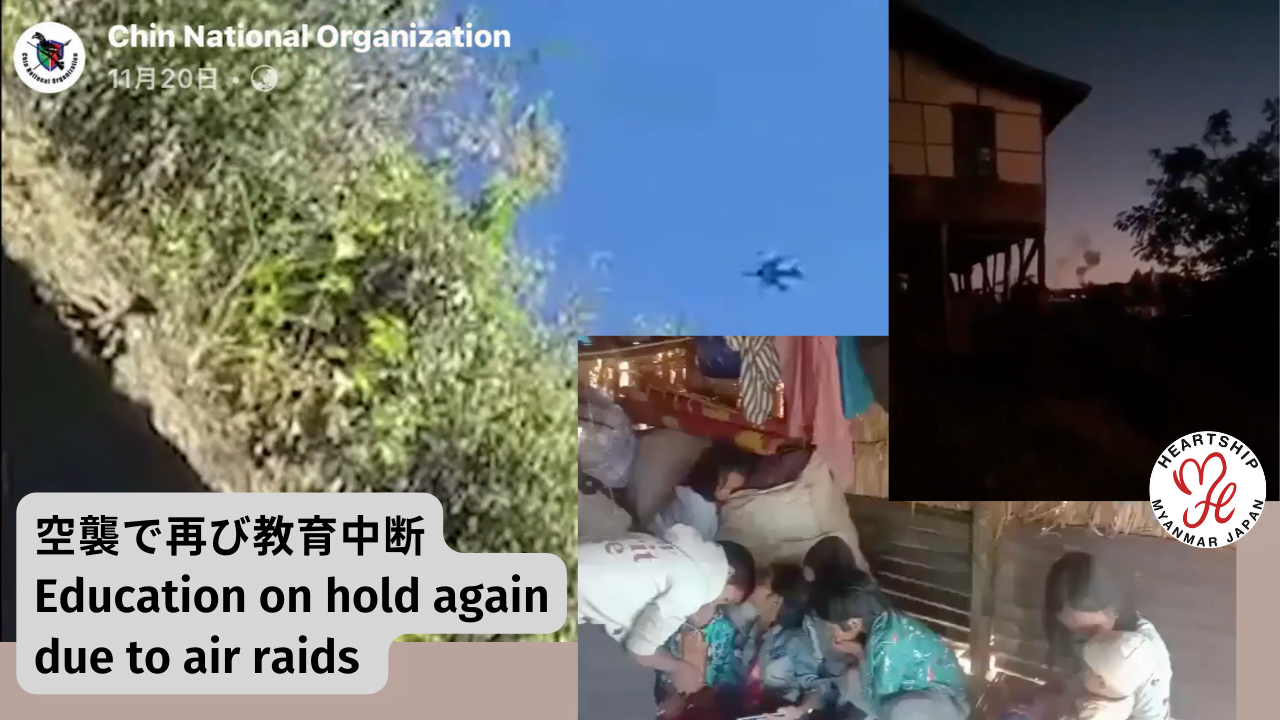 We have some unfortunate news. There has been heavy airstrike near Satawm in Chin State, Myanmar, where we reopened the school this summer. 残念なお知らせです。 この夏、学校を再開したミャンマー・チン州のサタウム付近で激しい空爆がありました。